After a several-year hiatus, the GTRCC was back in-action during The 80th Annual Walk to Washington & Congressional Dinner. 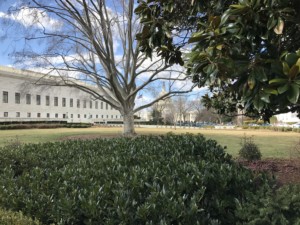 While we didn’t ride (aka “walk”) the train, several members of the Ocean County Commerce Coalition (affectionately known as the OC3) piled into the car at 9pm on Wednesday night.  In all honesty, I was nestled in the backseat surrounded by my blanket and neckpillow because 9pm is past my bedtime.

If you’re asking why we didn’t take the train, it was because we scheduled several meetings in DC early the next day and the train would have prevented us from taking those meetings.

Jeremy, Lori, and I started our day at Senator Menendez’s office where we shared about the work we are doing in Ocean County.  We also discussed our willingness to support the Senator’s pro-business initiatives in any way possible.  His representative was appreciative of our efforts and we look forward to collaborating with Senator Menendez’s team in the months to come.

After our Senate building visit, we made our way (via a very, very, very strange cab ride that I think we all feel fortunate that we lived to tell about) to the United States Chamber office for second meeting of the day. 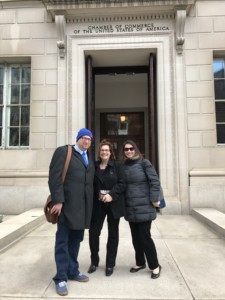 We met with the Senior Director of Political Affairs & Federation Relations to discuss our newly formed coalition, policy agendas specific to our community, and ways to advocate on behalf of our community to attract businesses.  She shared a wealth of information that we’re excited to implement in the coming year.

After that meeting, we had an epic lunch that I’ll spare you the picture of – but trust me when I say that I don’t see oysters in my future any time soon.

And then it was time to get ready for networking at the hotel pre-dinner and program.  We ran into several Ocean County natives, our partners from Opportunity NJ, and our very own Congressman MacArthur.

Lori and I even almost had a photo to capture the moment that we shook Senator Booker’s hand. 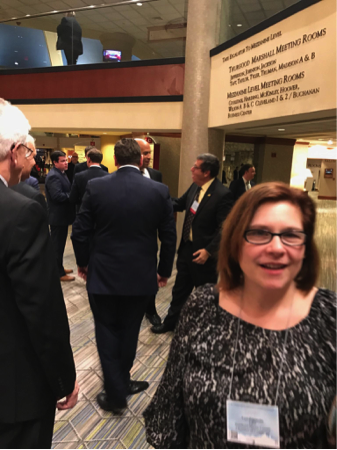 During the dinner, we heard from Governor Chris Christie, Senator Robert Menendez, Senator Cory Booker, and Representative Chris Smith.  They each shared their vision for New Jersey’s future – they were gracious guest speakers and it was a pleasure to share their company for a short while.

All-in-all, we had a valuable run in DC.  Already looking forward to next year!  Who’s with us?